Dangers of Cleaning Gutters from a Ladder 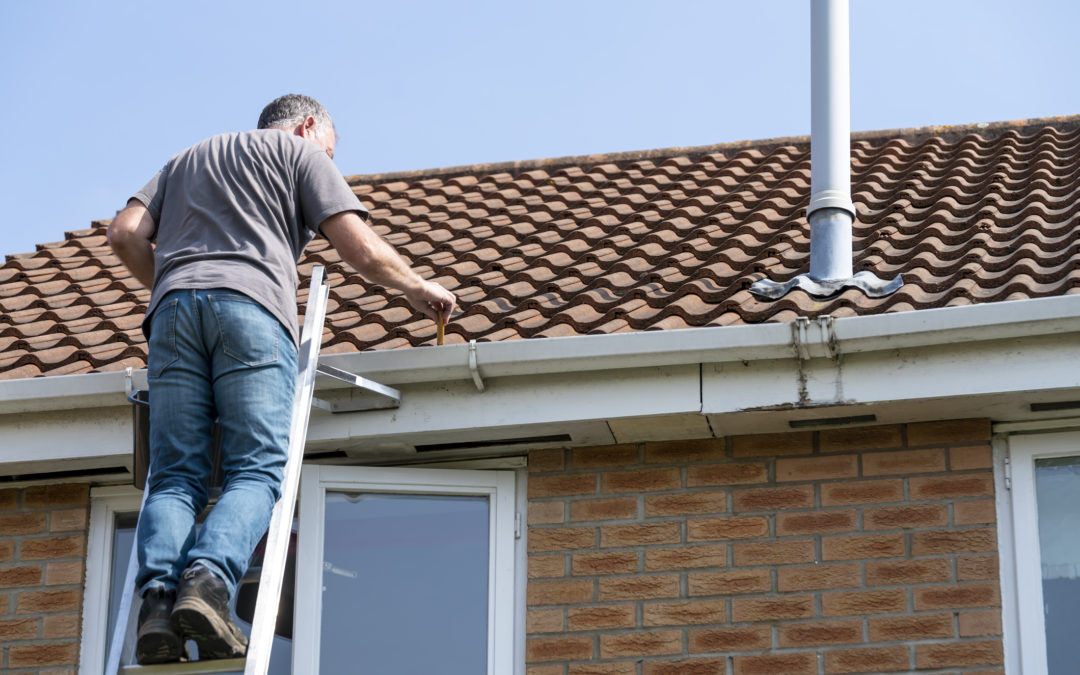 Did you know that there are many dangers when cleaning gutters from a ladder? The amount of dangers makes gutter cleaning one of the riskiest home maintenance tasks.

It’s true. In fact, ladder safety is a serious issue in the United States. According to data from the Centers for Disease Control (CDC), over 500,000 people are treated for ladder-related injuries yearly. A 16-year study tracking ladder injuries in the US found that more than 97% of them occur in non-occupational settings—like the home. This same research found that over the course of the study, ladder-related injuries increased by 50%.

These ladder accidents cause fatalities and serious injuries; a third of falls result in fractures, many of the legs and feet. And 10% of ladder-related injuries result in hospitalization. Fatalities also occur in falls from roofs and ladders.

CLEANING GUTTERS FROM A LADDER – HAZARDS

According to the CDC study, ladder accidents result most frequently from improper ladder use, including:

These don’t include on-the-ground hazards like a child or pet colliding with ladder supports, or other on-the-job threats like encountering electrical wiring or cutting your hands on sharp gutter edges and screws.

Even people experienced with using ladders can become startled or lose their balance while climbing a ladder or reaching a bit too far while cleaning gutters from a ladder.

At Gutter Sense, we’ve heard our share of cautionary tales about the dangers of gutter cleaning. A friend shared with me that his 82-year-old father, determined to clean out gutters, climbed a six-foot ladder to get the job done. Though his fall wasn’t far, it broke his hip. Hip injuries are serious at any age, but the older you are, the more difficult it is to recover. His father hasn’t walked since the accident and unfortunately is confined to a wheelchair.

CLEANING GUTTERS FROM A LADDER – RESOLUTION

These kinds of statistics and stories are especially sad because they’re preventable with the right tool and method for gutter cleaning. This is where Gutter Sense can take the risk out of gutter cleaning. It’s a lightweight, easy-to-use rain gutter cleaning tool that lets you avoid the dangers of cleaning gutters from a ladder. Attach the tool to an extension pole, and you can clean second-story gutters from the ground.

Gutter Sense also gives you an easier way to do the job. With the tool, you can reach in, grab leaves, muck, and even small pine needles. You lift and drop and repeat. No more messy hands and clothes, no more cuts, just clean gutters with your two feet on the ground.

We understand the desire to get the job done—your way, on your terms. Climbing a ladder for your second-story gutters is just asking for trouble, though. Leave ladder-climbing out of it, lower your risk of an accident, and get Gutter Sense.