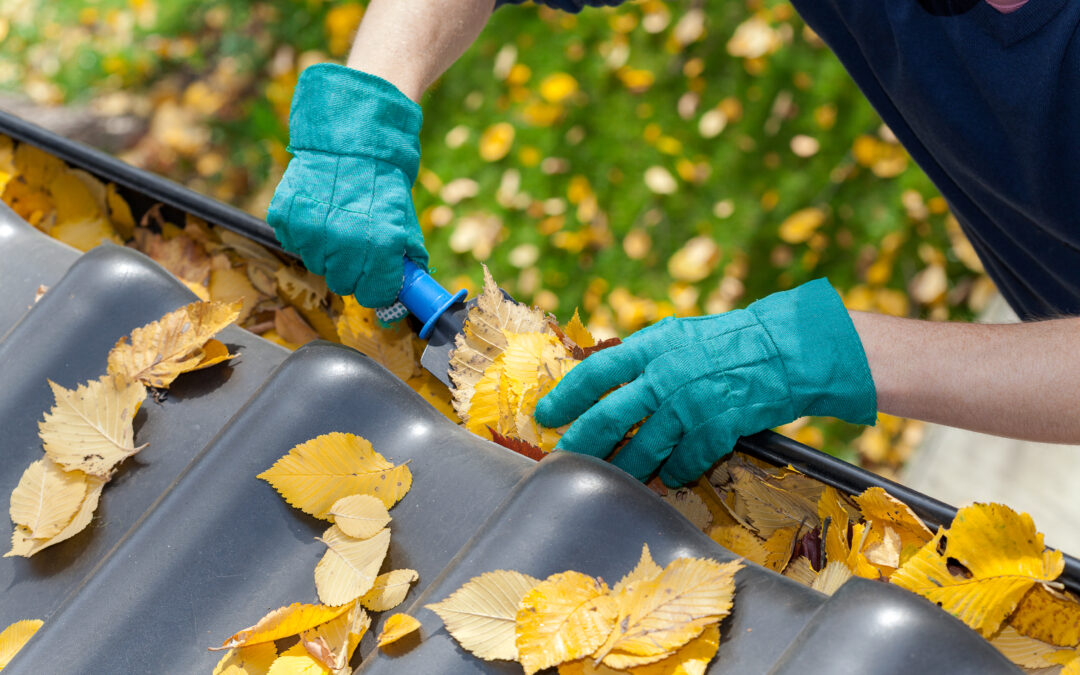 She’s already asked—several times, nicely—and now “asking” is going to become “nagging” if you don’t get the job done. Yes, we’re talking about gutter cleaning. And yes, we realize it isn’t a task anyone looks forward to. But you (and we) know it’s a necessity, and it’s not going to magically get done. Before the missus calls the handyman—and before you end up in the doghouse—we’ve got a hack for easier gutter cleaning that can take it from dreaded to done. You’ll be able to turn your “honey-do” list into a “honey-done” list and have time to do what you actually want to do this weekend.

It’s called Gutter Sense, and it’s an easy-to-use, lightweight tool that makes cleaning the gutters easier and faster. And because you can reach even second-story gutters from the ground with this tool, it also makes a dangerous task much easier. Here’s how it works compared to traditional gutter cleaning tools when it comes to three key areas of gutter cleaning.

Gutter cleaning without a ladder

Let’s face it: ladders are dangerous. Every year, over 500,000 people are treated for ladder-related accidents and injuries. And 97% of these occur at home rather than on a job site. You don’t want to be one of them (and we’re also betting that as much as she loves you, your wife would rather not have to pick up your slack while you’re on crutches).

Traditional gutter cleaning tools require you to use a ladder to reach second-story gutters. You’re climbing up there with a bucket, kinked hose, or attachment, ready to blast debris while holding onto a ladder and leaning out over your gutters. It’s not only no fun – it’s downright dangerous.

Skip the ladder with Gutter Sense. It attaches to a 12- to 20-foot extension pole so you can keep both feet on the ground. It’s faster, too, because you don’t have to climb up, clean out, climb down, move the ladder, and repeat.

Gutter cleaning is known as a messy job for good reason. You’re flushing out leaves and muck with a hose, which often means you end up spraying yourself. Stuff gets everywhere, which makes you dread the chore even more.

Eliminate the mess with Gutter Sense. With its angled tongs – that are highly effective at grabbing debris—no hose flushing is needed. Simply grab the gunk, lift it out, and drop it. You’ll be able to angle the extension pole into the gutter so you’re not directly underneath the debris. It’s a much cleaner hack for gutter cleaning.

Gutter cleaning without cuts and scratches

Think about traditional gutter cleaning: you’re up there reaching into the gutters, scooping along when you ram your knuckles right into a screw or sharp edge. [Insert cuss word of your choice here]. Now you have to drop everything for some first aid.

Skip the bandage—and the choice words—with Gutter Sense. You’ll open and close the angled tongs via a pull line that wraps around your hand. This will give you ultimate control over the gunk without any cuts and scratches from screws and sharp edges.

Best of all, Gutter Sense is under $30, which is certainly less than the handyman she’s going to call will cost. And it’s effective on pine needles and debris of all kinds, so you know you’ll get the job done. It’s such a cool tool that we’re betting you’ll be the envy of the neighborhood when you’re out there getting the job done faster.

See it in action.

(Psst, if you’re reading this and looking for a great Father’s Day gift for the ultimate tool guy in your life, go with Gutter Sense and get free shipping through June 19.)